In the History of India. Maharana Pratap, Chhatrapati Shivaji Maharaj. Maharani Laxmi Bai and many great warriors were born. That never kneeled in front of Europeans. And happily sacrificed their lives for India. We keep watching the stories of these warriors. But there were some warriors in Indian history. They sacrificed everything for their country.

But they never get any identities. That they truly deserve. And Kunjali Marakkar warriors were out of them. During the 16th century. Driven out the Europeans who came to capture our India. So, in today’s video, we will come to know. About the story of this daring warrior. Even you’re going to be shocked after knowing about him. Before starting the video, I wanna tell you one thing.

On the History of Kunjali Marakkar. A south movie “Marakkar- Lion of the Arabian Sea” is available on Amazon Prime. After watching the video, I wanna say that. Watch this movie once. Because this is a story of an Indian warrior. That no one knows about. So, let’s start the video. During the 16th century.

Kozhikode is situated in Kerala. Was a powerful empire of India. Where the Hindu Emperors were known as Zamorin. In fact, at the time, Kozhikode. It was a center between all the businessmen. Kerala’s people used to export their spices through the sea with European traders. This was the reason that Kozhikode. Was also known as the City of Spices. Between Kerala’s people and European traders.

This friendly business relation was going on for many years. Because of this business relationship. Kozhikode’s people were very happy. People were living there with peace. But in the year 1497, when Vasco da Gama came to India for the first time. When they visited Kozhikode for the first time. They snatched people’s happiness. Vasco da Gama offered a business proposal to Kozhikode. But Zamorin rejected the proposal.

Because Vasco da Gama wanted to take over the spices business. But Zamorin purely rejected the proposal. After that, Vasco da Gama returned to Portugal. Even in the year 1503. To spread out Christianity To establish his monopoly over the spiced business. They again came back to Kozhikode. To oust the Arab and other countries’ traders from Kerala. He starts ruling in his own way.

In fact, to defeat Zamorins. He made a deal with the neighboring empire’s King of Kochi. And made him a partner in his business. Then, on the behalf of his power. Forcefully passed a Portugal pass in the Arabain Sea. According to it, If any trader. Passed through this area without a Portugal pass. Then Portugals looted that ship. We can say that.

Then Kozhikode can’t endure it anymore. Because of this. They had to face defeat many times during the war. But at that time, to protect Kozhikode. A brave and daring warrior came in front of us. That changed everything. In fact, to win this war. In the year 1520, the Zamorin Emperor. He appointed Kutti Ahmad Ali, a Kozhikode trader, as naval admiral of the sea.

And by giving them the title of Kunjali Marakkar. He provided them with the responsibility of guarding the sea. In fact, it’s true about Kunjali Marakkar. They were Arabian traders. That settled in Kozhikode. And during the war. After observing the Valor and strategies. They appointed them as the Admiral of their sea. For your kind information.

Against Portugals. 4 Marakkars. Kutti Ahmed Ali, Kutti Pokkar Ali. Pattu Marakkar, and Mohd. Ali. From the year 1520 to 1600. They fight the battle for continuously 80 years. In fact, every Marakkars were a great warrior. And everyone sacrificed their lives in this war. But Mohd. Ali was much brave, clever than others.

That was the last Marakkar in this war. With this, let me tell you. The movie, Marakkar on Amazon Prime is based on Mohd. Ali’s life. In fact, for competitive with Portugals. Mohd. Ali neither has any battleship. Nor any modern weapons. But, because of the bravery and war strategies. They always defeat the Portugals. After that, many years passed away.

And this war went on like this. As Mohd. Ali was the sea admiral. Portugals were never able to defeat Kozhikode. Because even they attack Portugals from the front. Even they helped Portugal’s enemies like Abbakka Chowta and Sultan. So that they can attack Portugal’s army from each side. That was the reason that Mohd. Ali. Became famous in other states. And he became Messiah for many people.

However, this helps nature. Became the reason for his death. According to the time. Kozhikode’s emperors were changing. And the upcoming Zamorins. Were not intelligent like earlier emperors. And taking advantage of this, in the year 1598. Portugals mislead the Zamorins by telling wrong truths. And assured that.

Mohd. Ali wanted to make it a Muslim Emperor by arrogating the Kozhikode entity. As we tell you. At that time the Kozhikode’s Zamorin. Was not much intelligent. That I can understand their conspiracy. Even they make Portugal their friends. And after declaring many blame like fraud, treason, etc. They passed the judgment to arrest him. After that, In 160, they arrest Mohd. Ali.

And sentenced to death. Some books state that before cutting his head. Portugal’s king gave him another chance. In which they said that. If he accepts his crime and apologizes for it. Then they will not kill him. But Mohd. Ali decided to choose death instead of accepting the crime. And refused to apologize. After that they cut his head.

Nearly 420 years passed away. But Kerala’s Mappila’s emperor. Kunjali Marakkar bravery. And thankful for their sacrifices. It’s a lucky thing for us. Through the big films like Marakkar. We came to know about the story of an Indian warrior. That we forgot years ago. Friends, this is my suggestion.

To come to know about this story in detail. Watch the Marakkar movie at least once.  Thanks for providing your valuable time for reading our blog. 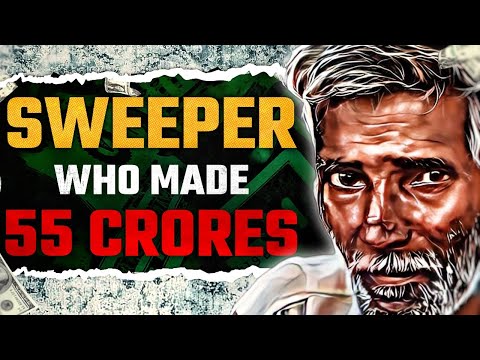