On the 18th of May in 1998, the US Department of Justice and the Attorney Generals of 20 US states sued Microsoft for being a monopoly and illegally killing its competition in the computer market. And what followed next was one of the most historic cases in tech history, which lasted for two decades. And fast forward to 23 years later, even today, Microsoft is still killing its competition right in front of our eyes, and this could result in yet another historic lawsuit. The question is, how did Microsoft kill its competition? What exactly was their business strategy that turned Microsoft into such a powerful company?.

And most importantly, what are the lessons that we need to learn from this iconic case study. This video is brought to you by Scalar Academy. But more on this at the end of the video. The Justice Department has charged Microsoft with engaging in anticompetitive and exclusionary practices designed to maintain its monopoly. Microsoft in secret finished up’95 and released it, and then provided no documentation.

Forcing Microsoft to include Netscape’s competing software and our operating system is like requiring Coca-Cola to include three cans of Pepsi in every six-pack it sells. Do you agree that Internet Explorer is defined here correctly as Microsoft’s web browser? This is a story that dates back to 1994 America when the computer revolution was just catching fire. This was a time when multinational corporates had accepted that the computer was a powerful tool. And they already started having hundreds of computers in the offices, which were being used by the employees.

And these computers had already skyrocketed the productivity of these companies. So practically, the computer has already become an integral part of the American business ecosystem. And long story short, here are the most important events that happened in the computer revolution of America. On the 12th of August 1981, IBM introduced its personal computer with Microsoft’s 16-bit operating system, which was MS-DOS 1.0, and this made Microsoft a tonne of revenue through licensing. By 1985, Microsoft was already clocking in a revenue of 140 million dollars.

Then on the 13th Of March 1986, Microsoft Stockgoes public breaking all records and turning Bill Gates into the youngest billionaire ever, by 1987. Then in August 1989, Microsoft introduces the earliest version of Office suite applications, which then became the industry standard for businesses all across America. Followed by that, in May 1990, Microsoft launched Windows 3.0, which was a big leap into the graphical user interface. And this is what made computers accessible to the common man, which were back then used only by the techies through code. And as soon as this happened, the usage of computers exploded in the United States.

America. And this is what made Microsoft the most powerful and the most dominating force in the computer world, with Windows 3.0, selling at the rate of 1 million copies per month in 1993. And nearly 90% of all PCs in the world ran on Microsoft operating system. And this is when another dimension of the computer industry opened up and that was the internet. Therefore, in the early 1990s, we saw the rise of the internet browser market. And one of the most revolutionary browsers at that time was a browser called Netscape Navigator, which was launched in 1994.

Netscape at that time was loaded with features that were far ahead of its competition, they had the future of document streaming, which allowed users to view the documents while it was being downloaded. They have the feature of multiple downloads simultaneously. And they also supported JPEG image format. And this product was so revolutionary that even with a $49 subscription cost, they were able to capture up to 80% of the browser market share. Now the point to be noted over here is that, just like today, without the internet, your computer is mostly useless.

Back then in 1995, people started using computers just to use web browsers to connect to the internet. And the operating system was just a bridge that connected the users to the web browsers. So practically, browsers were becoming more important than the operating system itself. And building upon this phenomenal success. Netscape went public on December 5th, 1995. And within a day, the company had hit a market cap of $2.2 billion. And just when they thought of becoming another legendary internet company, something happened in the same year that marked the beginning of Netscape’s wall and within the next six.

For years, the same billion-dollar company was almost reduced to nothing. The question is, how is it even possible that such a big and innovative company went down so quickly? Well, the answer to this question lies in an accurate phrase coming from the Department of Justice itself, which summarises how Microsoft kills its competition. And it says, embrace, extend and exterminate. To tell you about it. In 1994, Microsoft realized that they were too late for the internet boom, and the browsers are becoming more important than the operating system.

So in August 1995, when Microsoft launched Windows 95, they also included their web browser called the Internet Explorer, and they made it the default browser for every PC sold. So when you start your computer, you could see the Internet Explorer right on your home screen. On top of that, Microsoft directly attack the most important features of Netscape by launching something called ActiveX controls. And this update made it impossible to easily download files on the internet, especially the Microsoft Office files.

And this was a direct attack on Netscape prime features. And because 90% of the computers used MS Office, it became more and more difficult for them to use Netscape and other browsers. And then, Microsoft also removed the Internet Explorer from the add and remove the tab, because of which neither the consumers nor the manufacturers could delete the Internet Explorer from the computers, and cherry on the cake, they made it available for free of cost. So this is how they first embraced the concept of internet browsers. Then they extended their products with features that do not support the competing products. And lastly, Microsoft used its dominance over the platform to promote its product.

Over its competition, eventually, to exterminate the need to use rival products. And not so surprisingly, this led to the downfall of Netscape Navigator. And by 2000, Internet Explorer had a 95% market share, making it the most dominating web browser in the market. And this is how Microsoft established an industry standard, which meant that if you wanted to make a living from software development, you had to make sure that your product worked in Internet Explorer. But if Microsoft things were making a lot of money, maybe the story could be over for you.

And now the same thing is happening with zoom. And this is the reason why I asked you yesterday, how many of you installed Microsoft Teams deliberately? Or did it just get installed on your PC with the updates, and as usual, most of you said that it automatically got installed with the updates, and the rest of you either did not use teams, or you’re using a Mac. Now, here’s the catch, guys. Microsoft Teams has seen exponential growth since 2020 by 456%, and I couldn’t find zooms monthly active users since last April 2020.

But when they release the numbers, you know exactly what to compare them to. On top of that, you might also see that Microsoft will build an insanely user-friendly file-sharing system for Microsoft Office files in Microsoft Teams. And soon enough, you could also see some hurdles, which might make zoom difficult to work with. Now, the point to be observed over here is that, in April 2020, while zoom had 300 million daily active users, one year later, MicrosoftTeams already had 145 million active users. And these users, are the ones who could have used zoom or have shifted from zoom to Microsoft Teams. So effectively, Microsoft has already started eating into zoom’s customer base.

This is how Microsoft kills its competition. And this is what brings me to the most important part of the episode and that is the lessons of the case study and the study materials to help you dive deeper into these tech wars. Before we move on, let me introduce you to our partners in this episode. And that is scalar. Now we will amidst all of this tech war that is happening between these companies, the one thing for sure is that this competition is going to create some extraordinary opportunities for highly skilled computer engineers. And that’s where Scaler comes in.

Scaler is a world-class tech upscaling platform and its mission is to make you skilled enough to get jobs in some of the best companies in the world like Facebook, Amazon, and Google. Scalar has a curriculum that is reverse engineered to not only get you a great job but also to help you excel at it. They cover data structures, algorithms, system design, and a project full stack or back end, along with advanced electives. Scalar has placed over 1091 learners in 2020alone, with junior developers making an average salary of 16 lakhs and senior developers making an average salary of 39 lakhs. The best part is that Scalar has been made by the techies and for the techies to go beyond.

The traditional education system in India. And the lectures that are conducted by them are conducted by engineers who come from top tech companies. Apart from that, you also get to be a part of an aspirational learner community. And you also get access to one on one mentorship from experienced folks from the industry. So if you’re somebody who wants to become capable enough to get a job at a world-class product-based company, check them out from the link in the description. Moving on to the lesson on the case study. There are three very important lessons to learn from Microsoft’s iconic case.

The first thing I want you to do is to take a step back and look at the story very, very carefully. Did you see that despite Microsoft sabotagingNetscape, Chrome was very easily able to beat Internet Explorer to become the most used browser in the world? Despite Microsoft killing AOL, using MSN Messenger, Facebook and WhatsApp have turned out to be the winner of the social media revolution. And it almost looks like Microsoft was so obsessed with killing its competition, that it completely lost sight of the evolving trends in the internet services like a search engines, social media, and even the mobile revolution.

And this tells us two very, very important lessons while good companies focus on their competition, great companies focus on their customers and the needs of the market. Number two, regardless of how powerful you are, if you don’t build great products, the success you’re going to achieve is always going to be short-lived. And lastly, while Microsoft always wanted to be the richest kid on the block, and tried to keep all the wealth to itself, Apple andGoogle built a platform for developers to empower them and build wealth for a large number of people. And in this process, they ended up making more money than Microsoft. Hang on, but Google and Apple also got dragged to the court because they will also be acting.

As a monopoly right? Hmm, interesting. We’ll talk about that in the upcoming episode. That’s from my side for today, guys. If you learned something valuable please make sure to hit the like button to make YouTube Baba happy and you will also find the links to the study material in the description. I have barely covered 1% of the topic. So please have a look at those links. Because it will help you a lot in case you’re writing a research paper or it just.

Curious to learn about Microsoft’s monopoly. And for more such insightful business and political case studies, please subscribe to our newsletter. Thank you so much for reading our blog post. 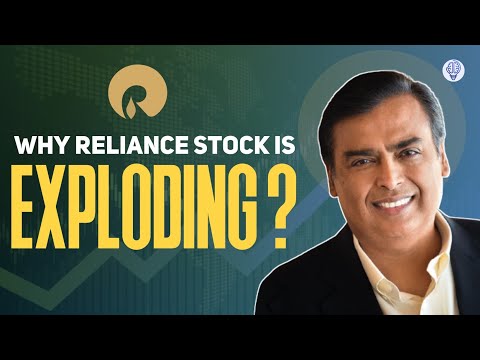